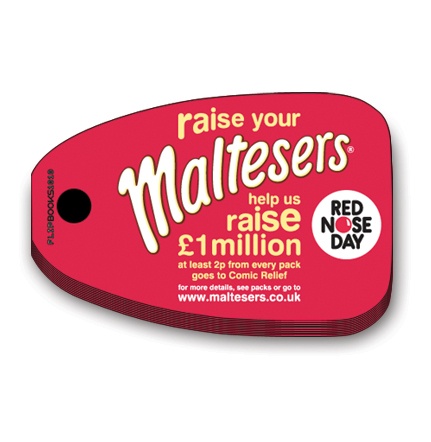 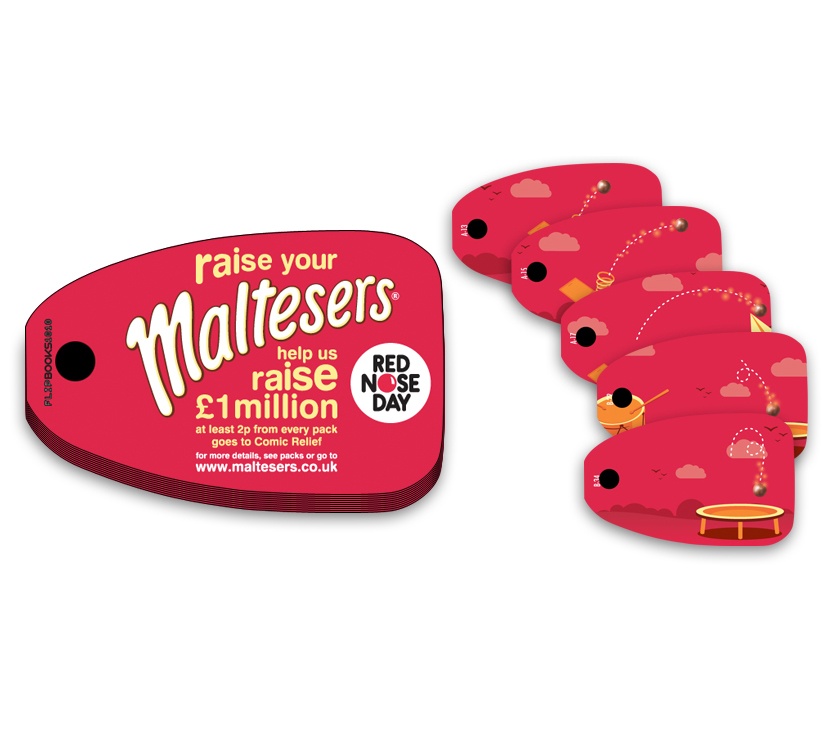 The purpose of the campaign was to “Give Comic Relief a lift” by getting people to make a video of how they raise their Maltesers. Whether they blew them, juggled them or threw them, the funniest videos were to be uploaded to Maltesers’ website, and the winners to appear in the TV ads.

Media Circus took the Malteser branding and created the animations by producing 80 separate frames showing the fluid movement of the Malteser, each moving in sequence to create the animation when the pages of the flipbook were flipped.